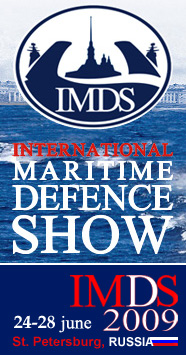 The IMDS was held in 2003, 2005, 2007. The event deserves its right  to be among the three world  leading maritime and naval exhibitions.

The profile of the exhibition covers all stages of the shipbuilding and marine equipment construction: naval architecture, electric-power units, weapon and armament,  naval aviation, navigation and monitoring systems, support structure, new materials and technologies. The huge area of the exposition will be occupied by the producers of hardware, equipment, electronic components, information technologies.

We invite you to visit our stand, where different models of ROVs GNOM will be shown. We look forward to seeing you in hall №5, stand №502.